Have you ever had a nightmare so vivid you believed it was real?

Woke up in the middle of the night with your pants soaking wet, hoping you are never gonna see that again? Bad news, cause Anton Semenov is the art genius who will make your worst visions come true.

What was the very first picture you created?

Good question. There are at least 3 possible answers. f we are talking about digital, then it was a tree drawn in the "Paint" program somewhere in 1998. It was a horrible drawing, and I will never publish it :) At that time I was starting to go to the “Computer Graphics Courses,” and we started with "Paint." It was a real discovery for me back then. We did not have a graphics tablet, and we drew with the mouse. It was difficult, but we liked the process of drawing, and then it didn’t matter with what we were doing it.

The first picture created in the style in which I draw now was “Monster Worms” (approximately in 2005). It was the first time when I drew something gloomy in digital, although I drew a dark theme in traditional technique for a long time.

And finally the third option. Traditional technique. On paper, I have been painting from early childhood. It was so long ago that I don’t remember the first drawing.

Why and when did you decide that your art will be so... mysterious?

I took it also from childhood. When I was 12-13 years old, my friends and I got carried away with the albums of the rock bands “Iron Maiden,” “Aria” (Russian group), etc. But more than music, we were attracted to the album covers. We tried to copy or draw something similar. Perhaps it was when my tastes were formed as an artist.

What are your strongest inspirations for the characters from your artworks?

As a rule, it is loneliness. There is an opinion that “every artist draws himself, or a part of himself,” which is probably true. I think loneliness is the natural state of a man. Loneliness has no opposites (at least in Russian). We are all always lonely in some sense, and this is especially well felt in big cities. Probably the primary mood of my characters is in this.

Do you have an artistic role model? When I look at your pictures, I think of one of the best artists in Poland - Zdzislaw Beksinski, do you know him?

Yes, I certainly know the artist Zdzislav Beksinski, but unfortunately, I found out too late about him, probably somewhere in 2012-2013. Tragic fate. Today, he can already be called a classic with his recognizable style. I want to go to the exhibition of his works, but so far it is difficult to do. I had different artists as role models for me, I don’t remember them all, but I’ll still write a few names: Salvador Dali, Mikhail Vrubel and oddly enough Boris Vallejo (I copied several of his works in youth). From everyone, I took something for my own, something that I liked, and by which I gradually filled the “piggy bank” of my style.

When did you notice a growing interest in your work?

My first work, the one published in 2005, found its viewer. I just started publishing pictures on the Internet then (on the forum of my hometown of Bratsk). I didn’t know if anyone would like my work, but everything went well, and I received many good comments. There is still a post with my first drawings somewhere :) Gradually, I began to publish in various online galleries, and therefore more and more people began to recognize me as an artist. Then, the first orders began, and this began to generate income which, over time,
saved me from working in the office and made it possible to focus on art.

Why did trust Displate and decided to sell your paintings here exclusively?

I was offered to make prints with my drawings many times, but I didn’t like printing technology and materials. I am a perfectionist by nature, and I want everything to be as good as possible, and printing on paper has its drawbacks. I already had a negative experience with printing and delivery. The mail damaged the picture and spoiled the mood for the buyer and me. Having learnt about the printing method in Displate, I realized that this is what I needed. The picture printed on the metal is much more durable, and the buyer will get it without damage.

Do you have any tips for aspiring artists on how to promote their art in social networks?

During our times it is challenging to come up with new ways, everything is open, and everything is in your hands. Over time, your viewer will find you himself, and the main thing is to prioritize correctly. The best way to promote is high-quality work, and this will take you some time ;) 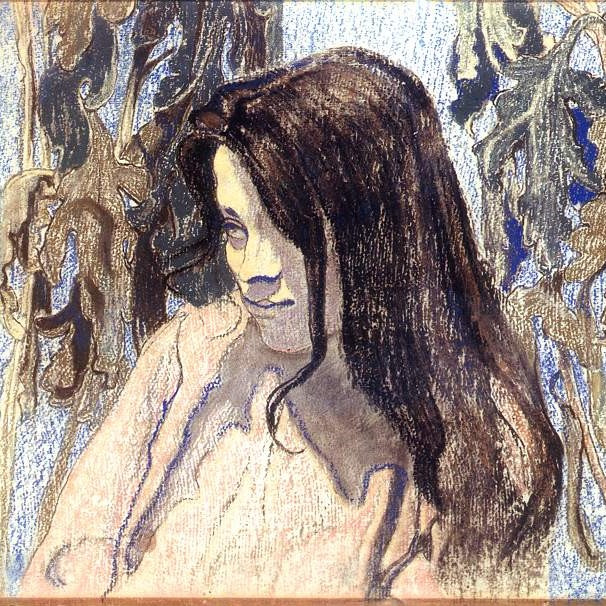 Too many cooks spoil the broth? Not when it comes to Ilustrata studio where three talented designers are a perfect complement to each other.